Many customer ask for Bluetooth or WIFI wireless projector? Is there such product at the first place? When you mention wireless, do you mean you just want to connect without any cables?

Projector's ultimate job is to produce a good picture. Usually they do not have any wireless "built in". Most of them, at most, come with it' own adapter and it has to be plugged in either via it's usb port or HDMI Port.  Or you have to use some 3rd party product to make it compatible or make it "smart".

For Bluetooth, Bluetooth is mainly for outputting sound, it's bandwidth is very small comparing to WIFI, thus, Bluetooth cannot transmit any video signal, it's mainly used for transmitting sound if you feel that your projector's speaker is not loud enough. And also it's for a temporarily quick solution, not a permanent solution. If you really want good sound in the long term, consider a sound bar.

Mainly you have to choose which system you want it to be compatible with either Android, Windows and / or Apple and what application is it used for? Is it for home for watching movies or for office to make PowerPoint presentation?

There are some new wireless product in the market in year 2020 that is reasonably price and work well.

If you're using Iphone or Macbook.. etc and in the Apple Ecosystem, please use Apple TV or Apple TV 4K .

Above are the most reliable wireless system for wireless transmission at the moment.

Are all wireless solution have the same speed and perform the same?

Not all device are created equally.

There are different benchmark that measure performance of each wireless device. Each device have different chipset and amount of RAM built in e.g Nvidia Shield TV that uses Tegra X1+ chip will perform better than Chromecast TV ARM Cortex-A55 chipset which beats the Amazon TV stick that uses ARM Cortex-A53 chipset.

Chromecast is to be installed in the HDMI port in the projector.

New Chromecast come with a remote control. When it's turn on, you will see a home screen, simply browse through the Google Home Screen to choose which program you want to watch. (work just like a TV).

New Google TV Chromecast do have Bluetooth output for sound to connect to external speaker.

ChromeCast also allow you to mirror your phone or windows desktop. In your Android phone, it's call SmartView. Drag down from the top of the phone screen to bring below menu. After you click the Smart View button, you should be able to see your phone mirrored on the big screen. 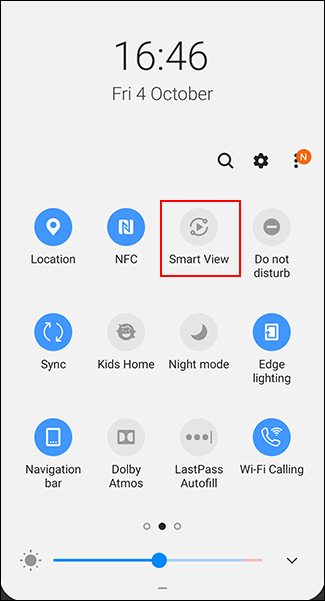 Windows 10 also have a similar function like Smart View, it's called "Connect" or "Project". Go to bottom right corner of your windows desktop, click the conversation icon. It let you duplicate your screen, extend your existing screen to create more desktop space, or let you project to the second screen only.

Most brand require installing an app (in Apple or Android device). Some even have desktop software for PC and Mac.

E.g Benq and Optoma, allows you to transmit photo, document and video, on top of them, a projector screen can be split into 4 screen. 4 users can use the same screen and share images at the same time.

Beside this, if your handheld device have a camera, you can also use it as a document camera.

MHL wireless adapter is better than usb adapter. If your projector have a hdmi port that is MHL compatible, it will work more easily. It is to be plug in to the hdmi / mhl port in your projector, MHL port will power the adapter by itself without additional powering. To use it simply download the app for the relevant adapter, it work exactly the same like above usb adapter.

As the name suggest, you can also use it in the hdmi port with any non mhl compatible projector, however since it's plugged into hdmi port, additional power is needed. (Please ask our friendly staff for more information)

HDMI wireless also have been out for many years back in the days when streaming is not popular. You only need it if you still want to connect your old devices wirelessly e.g Blu Ray or DVD player also your PC desktop. Also, for situation where you do not wish to connect a VERY long hdmi cable from the video source to the projector, e.g if the projector and the video source is 25 meters away, instead of using a long hdmi cable, you can use hdmi wireless kit. HDMI Wireless kit come in two part – transmitter and receiver. Transmitter is to be connected to the source e.g Blu Ray player, DVD player, AV Receiver video output. Receiver is to be connected to the projector (as projector is receiving to the video signal to display)

Some HDMI Wireless kit requires a straight line of sight for it to work flawlessly, some can penetrate walls and can go in between levels (Benq wdp01 wireless kit, Epson Full Hd wireless kit)

Miracast has been released on the market for many years. It serve similar purpose like above Chromecast but it's designed specifically for Windows and only allow you to MIRROR the screen of your device to the projector. What appear on your device will be exactly be show on the projector. (mirroring)  Certain projector e.g Panasonic, LG and Epson have Miracast functionality built in. Alternatively to make any projector with Hdmi input Miracast capable, Miracast adapter can be bought separately. e.g Asus Miracast Dongle or Microsoft wireless adapter.

MHL allows you to mirror the screen of your device to the projector via a USB C or MHL cable. This is only available to mhl-enable projector and android device with mhl functionality.

For information about wireless projector: